Win a ticket to UNUM festival with BanKomaT and Prima mastercard®

10 carholders, BanKomaT or Prima mastercard® who perform the highest number of contactless transactions in BKT POS will win a free ticket to Unum festival. (Tickets are eligible for the whole duration of the festival).
Campaign duration is: 10th – 17th of May 2022
Unum Festival, 1-6 June 2022, Shengjin Lezha!

*After campaign being over, we will generate the report for the winners with the highest number of contactless transactions. If two or more cardholders have the same number of transactions we will take into consideration which one has the highest volume of transactions.
Winners will be contacted by BKT to withdraw their ticket at the BKT Head Office.

Celebrate with BanKomaT and Prima! 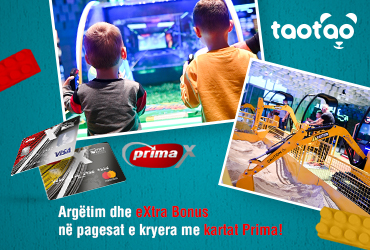 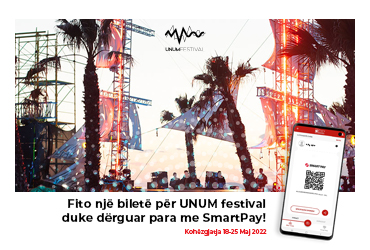 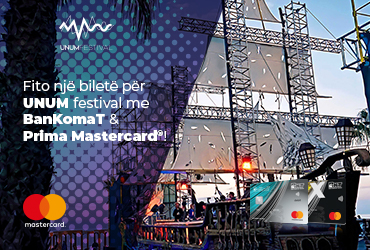